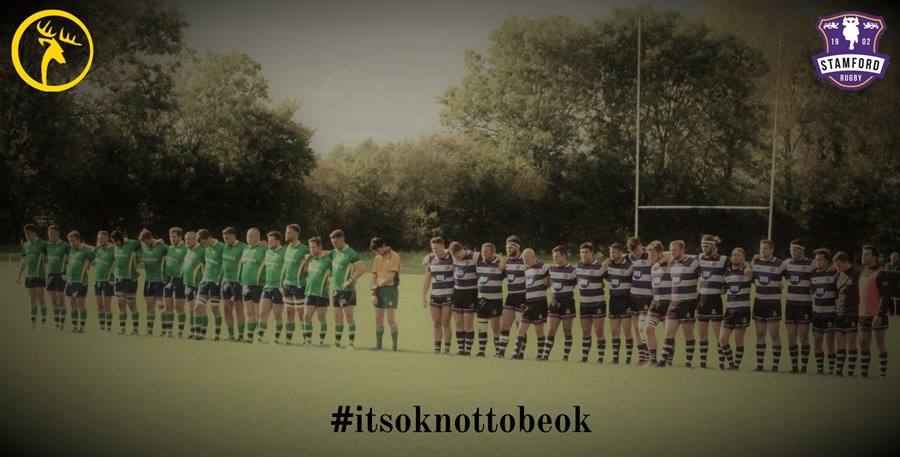 In the first league encounter with Huntingdon for many years it was appropriate to remember Max Hunter who was lost to us recently as he had played for both clubs. In his memory a shield has been produced and each game in future this will be presented to the winner of this fixture. Stamford made a good start, building attacking moves to test the Hunts defence and putting up a good defensive line of their own to counter any attacks that came at them. They thought they had opened the scoring when Jack Jones was driven over from a line out but were called back for a foot in touch. The forwards were linking well together and it was from another line won by Tom Wire that the drive was used again for Gaz Ramsden to score, Ollie Johnson added the conversion. Town were now starting to dominate the forward battle with line outs being taken from Huntingdon and good ground being made, the home side tried to run out of defence but knocked on giving Stamford the scrum. Bruce Parker picked up and used the blind side before off-loading to Dan Griffin who split the defence and put Sam Hillary in for a very well worked try, this gave Town an early 0-12 lead. From the kick off Huntingdon came straight back and when Stamford failed to clear the ball they broke through for a try in the corner. Stamford then had to make two changes due to injuries and continued to put the pressure on but were unable to add to the score before half time which saw them lead 5 – 12. The second half started with one of those golden moments , Dan Heard playing his first game of the season in the back row caught the kick off and proceeded to run through the complete home defence to score a fantastic individual try under the posts which Harry Bentley converted , the stunned look on the Huntingdon players faces showed what a special score this was. Stamford were now running the game, Hunts tried to kick out of defence but James O’Shea returned the kick with interest and sent them backwards. Stamford won the resulting line out and skipper Robbie Smith made a clean break before passing to Ramsden who with the whole pack in support was driven over for the fourth and bonus point try. The home side were determined not to give up and produced a well worked move of their own for a converted try to make the score 12 – 24 but it was Stamford who again worked their way back upfield in a move that was finished by Jack Jones with a try , Bentley hit the post with the conversion. The game continued with Town putting in some big tackles to quickly cancel any Huntingdon attacks and when they kicked deep into the hosts 22 it was Wire who scored from the line out to take the score to 12 – 34 and to protect the lead to the end of the game. This was a complete performance against a good Hunts side who had played in a higher league last season and the travelling supporters were full of praise. Club stalwart Dusky Doyle, who does not hand out praise freely, described it as the best he had seen in about 5 years and it also puts Stamford top of the table with a maximum 15 points. The next fixture is a home match on 19th October against Northampton BBOB where this run will hopefully be continued.